Panels are available in 1-foot increments up to 8 feet, in horizontal and stair styles.

A "Cocktail rail" or "Drink rail" version is also available, so you can choose a deck board to be mounted to the top of the railing with the included brackets

3"x36" posts are used with horizontal sections, and at the top of any stair run

3"x42" posts are used at the bottom of a stair run, or in the middle of a stair section when a graspable handrail is being added.

If you'd like to mount the railing panels outside of the deck area, you can use a different style of post and bracket (fascia-mount) to fasten posts to the side of the framing. Extra-long posts with no base are needed, shown below.

Colored structural screws are used with the fascia mount brackets to match the brackets: fasten the post to the bracket with self-drilling 1-1/2" screws, and fasten the bracket to the deck framing with colored lag screws.

2" crossover posts (or "mid-span" posts) are used on straight stair runs longer than 96", when you want the top handrail of the railing to be continuous. They are installed halfway down the stair run, between two panels of equal length.

For example, a stair with 11 steps would need two 6' stair panels on either side, with a 2" crossover post about 6 feet down the stair.

Standard post kits will include 5" lag screws for mounting into treated deck framing, as well as plugs to cover the screws.

If you'd like to add skirts to cover the base entirely, you can buy them individually here

Posts include standard caps, but can be upgraded to a decorative top cap

All parts would be hard-wired with 2-strand wire, and connections covered with a water-resistant wire nut.

Wire, transformers, and other parts

How soon will my order be delivered?

Read more about timing and availability 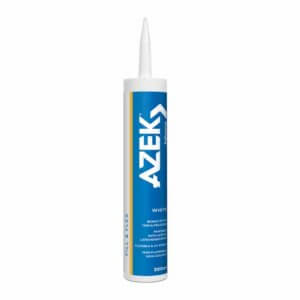 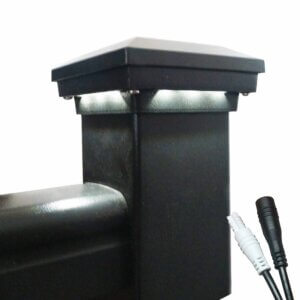 PRODUCT AVAILABILITY: Due to COVID and high demand for building materials, some material orders may take longer than expected. We are doing our best to fill orders and to communicate order updates and keep you working on your projects, Dismiss